Essentially, the term invasive species encompasses any natural life form from the ocean to the sky. According to Wikipedia, they are “an introduced organism that becomes overpopulated and harms its new environment.” That isn’t to say that they are inherently harmful entities, and are often valuable in their natural habitat. However, in their endeavor to not only survive in their new surroundings, but to thrive, they have the potential to cause a lot of damage.

In this article, we will attempt to identify invasive bird species and plants you may encounter and what you can do to nurture native species.

It may surprise you to read that some of the most common, identifiable birds are non-native, or invasive species. So what is the problem with European Starlings and Rock Doves, among others? Many invasive species have been around for decades, if not a century or more. The answer is a bit more complex. Eco systems are fragile in some ways where they are versatile in others. You’ve heard the term “delicate balance”, and that is especially true in the case of many of these birds. Invasive species can bully native birds out of their nests, carry diseases and parasites that they are built to fight, but native birds are not, or they simply deplete all the natural resources so that native birds will not have access to them.

Furthermore, the Cornell Lab of Ornithology and their citizen science programs such as NestWatch have published their findings that the native birds competing with invasive species for resources are declining in numbers while the intrusive birds are flourishing. This is often a direct result of the native birds’ active nests being taken over by the non-native birds, causing it to fail. 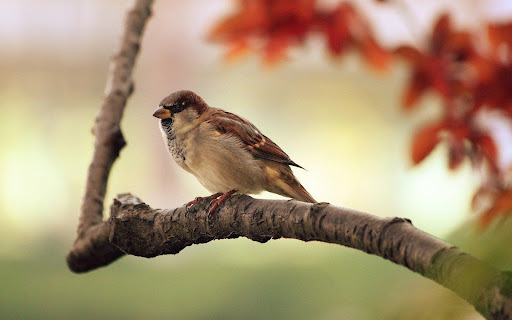 One of the most prominent non-native birds is the House Sparrow. These birds have been in the US since before the American Civil War. They were supposed to be an answer to a growing insect pest problem in New England, but quickly grew so large in number that native birds struggle to find nesting sites that aren’t taken over by the sparrows. To add to the issue, House Sparrows have been able to completely acclimate to humans and our own growth where other native species have not. House Sparrows are known to visit most feeders, enjoying any seed offerings. They will also readily move into man made nest boxes, even going so far as to evict another species.

Cornell recommends deterring House Sparrows from nesting in native bird sites by placing nest boxes in natural areas away from homes or areas with high foot traffic. They also suggest plugging up entrance holes until native birds return from winter migration. Since House Sparrows do not migrate, they often move into birdhouses meant for native birds before migrating birds even arrive on the scene.

You can take a more active, humane approach to rid your yard of House Sparrows by monitoring any nest sites and removing their nests as they build them. You will need to repeat this process for several days, and possibly at multiple sites, but the birds will eventually get discouraged and move on. I must warn you here that this should only be done if you have fully established that this is a House Sparrow nest, as it is counterproductive (not to mention possibly illegal in many areas) to move an active native birds' nest. 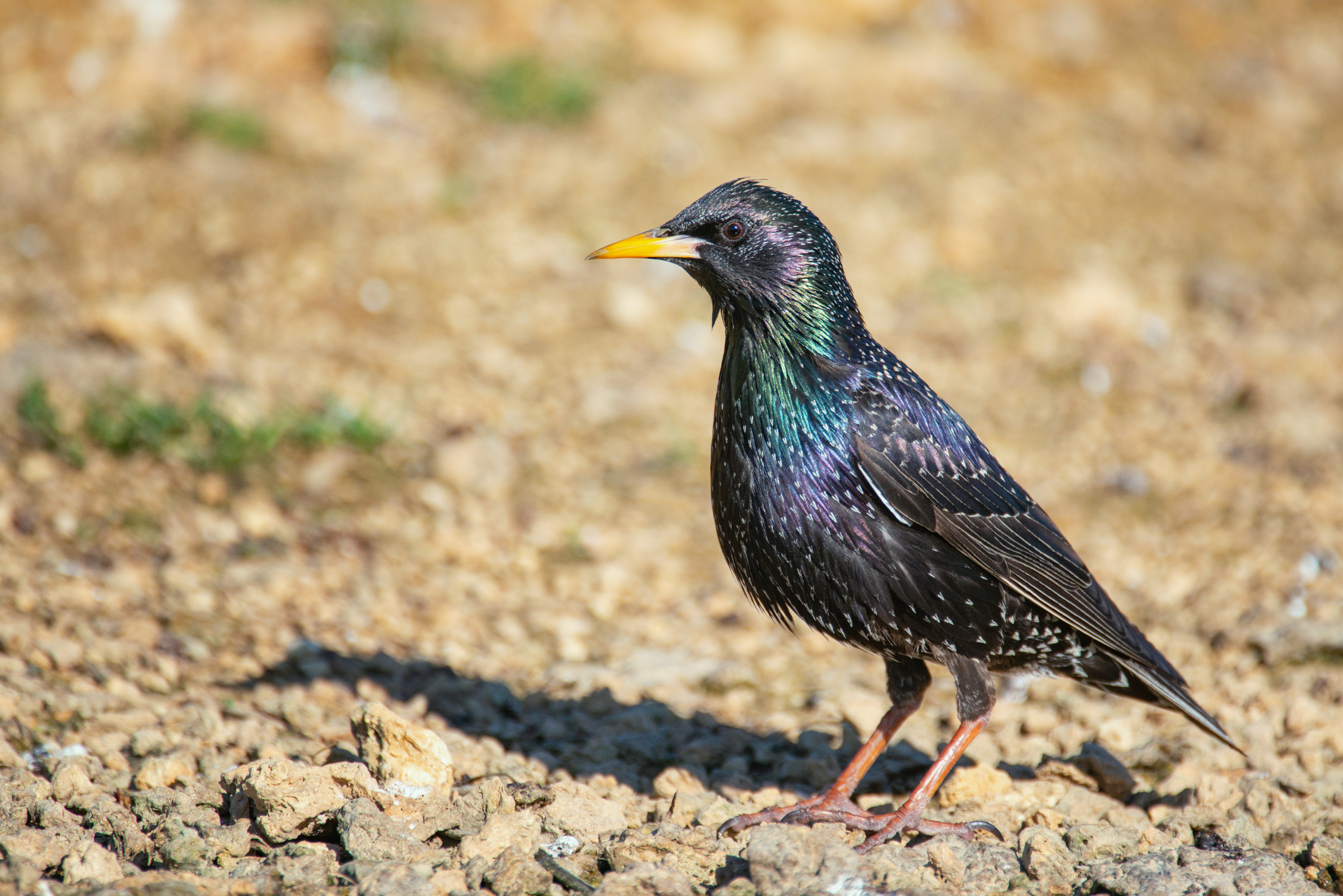 Another prominent invasive species is the European Starling. Like the House Sparrow, the European Starling population has exploded since they were first introduced to the US in the 1890s. Unlike the case for House Sparrows, European Starlings were not introduced to help solve a problem. The true story is much more frivolous. According to Cornell University, 100 birds were set loose in New York’s Central Park by a group of Shakespeare enthusiasts who “wanted America to have all the birds that Shakespeare ever mentioned.” Seriously. I cannot make this stuff up!

The problem with European Starlings, apart from the fact that their numbers surged from the original 100 to over 200,000,000 (yes, you read that right, over 200 million), is that they are bullies. These aggressive birds will intimidate and fight native species, often chasing the more desirable birds away. They can also be carriers of diseases detrimental to native birds and livestock, and often contaminating their drinking water.

European Starlings are too large for most nest boxes intended for smaller species. However, they will move into larger nesting sites, and will look for sites near grain fields. If you find your nest boxes overcome by European Starlings, it may be best to seek advice from your local animal control. Fair warning: the most effective form of deterring European Starlings is trapping and euthanizing them. And while that sounds cruel and extreme, these birds have been known to kill native species and decimate crops and livestock. We are all about birds and wildlife here, so this is not a suggestion we take lightly at all.

While House Sparrows and European Starlings top nearly all the invasive species lists, there are a few other non-native birds common in the US. 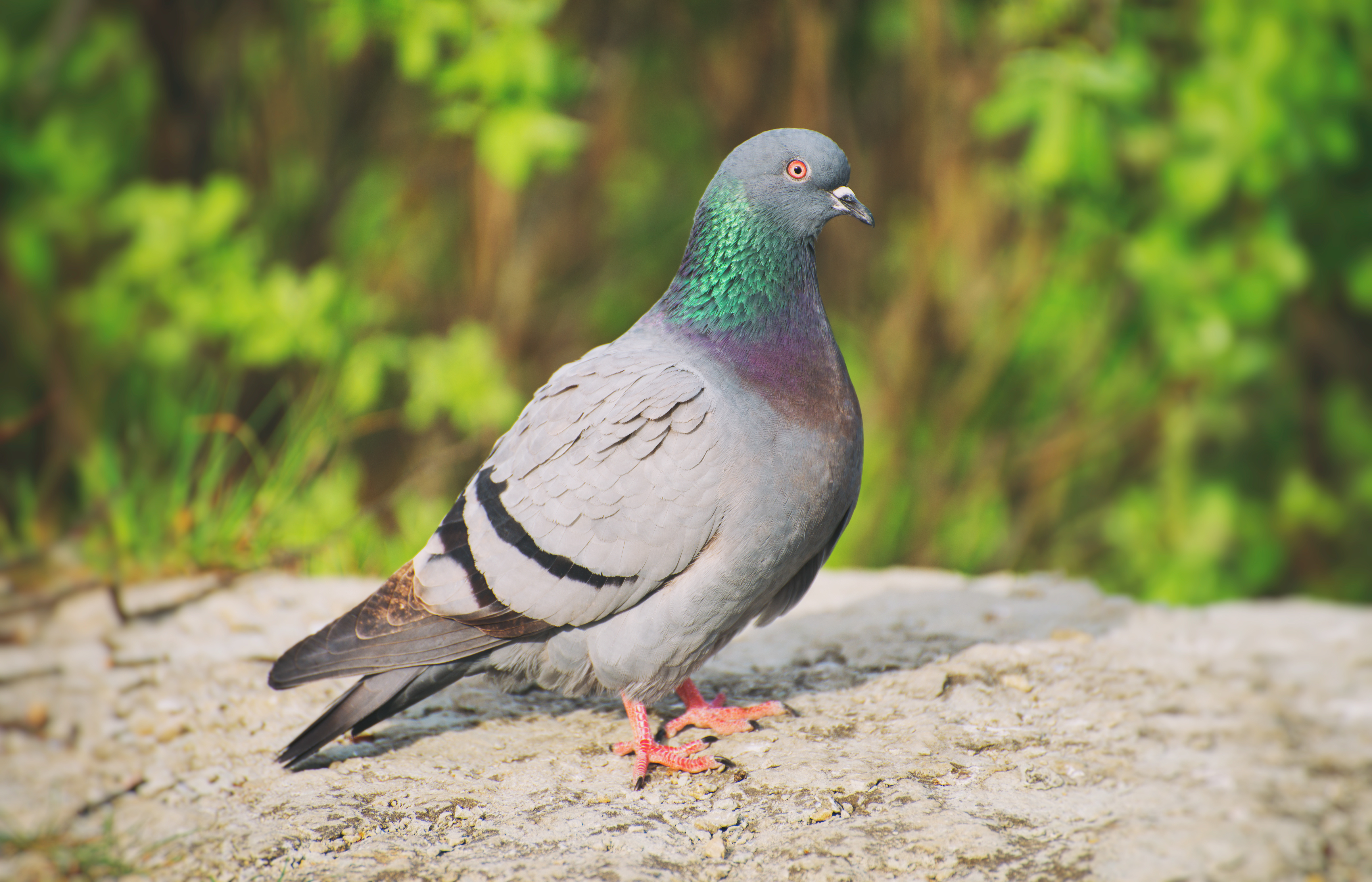 Rock Pigeon or Rock Doves were introduced to the US from Europe over 400 years ago as domestic pets. They have now spread all over the US, including Alaska, Puerto Rico, US Virgin Islands, American Samoa, and Guam. Their droppings spread disease to native birds and cause damage to buildings and bridges, as well as statues. 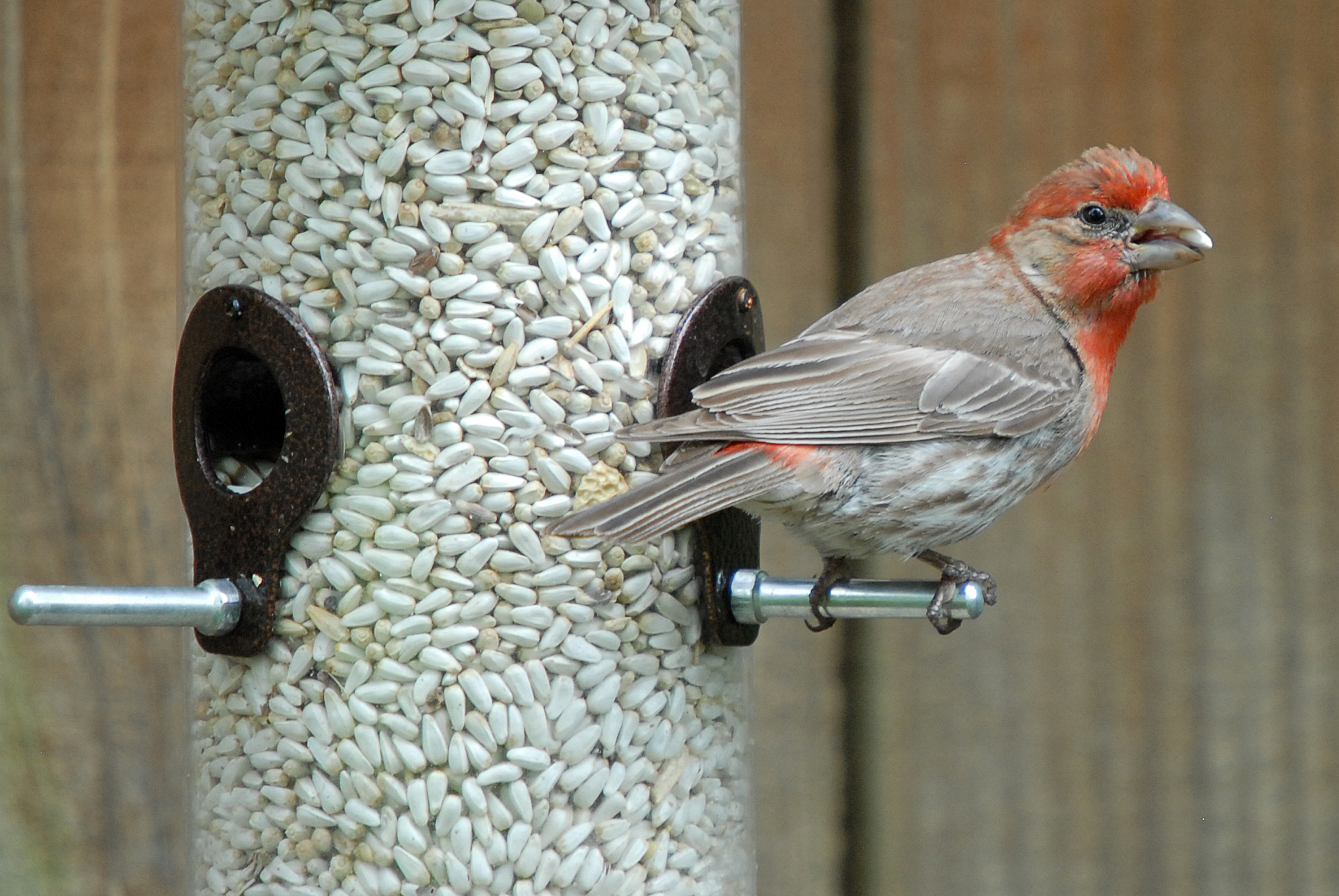 It is even possible for a species native to the US to invade other regions of the country. For example, the House Finch was native to the western US before being introduced to the eastern US where they compete with the Purple Finch for resources. 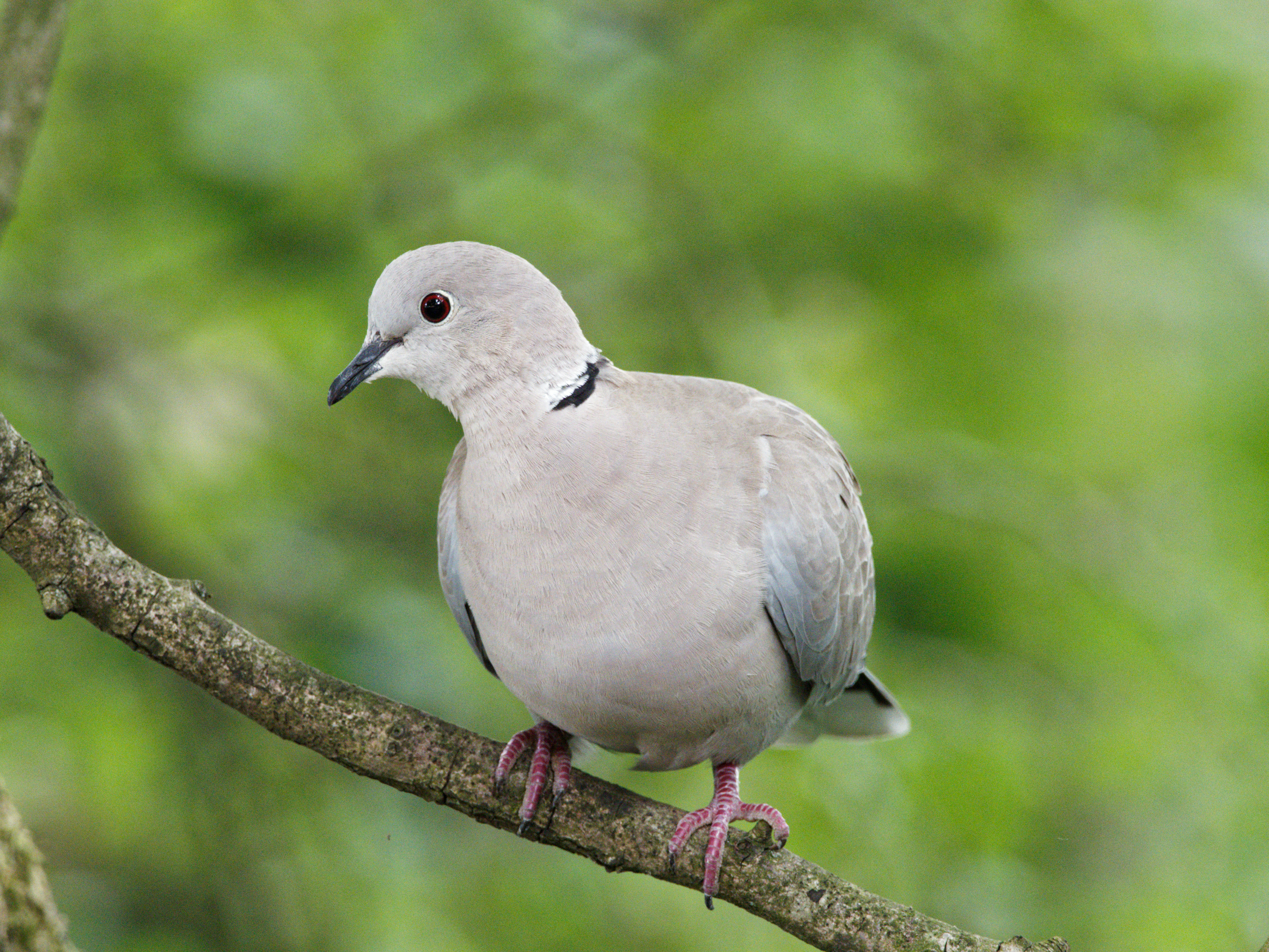 Eurasian Collared-Doves are essentially newcomers to the US via the Bahamas in the 1970’s. However, their numbers have exploded to over 400,000 in that time. They are native to Turkey and Sri Lanka. Since they have only been in the US a relatively short time, it is hard to say what their effect on native species will be. Though, seeing as their numbers have grown on average 37% year after year, it is clear that competing for resources will be one issue to watch out for.

While it is important to identify invasive birds and the problems they cause, we would be amiss if we did not at least mention issues with invasive plants, since our feathered friends spend so much time in and around them. And since so many of our readers are not only birders, but gardeners as well.

Thankfully, of the 5,000 non-native plant species the US Forest Service estimates have been introduced to the US, most are not as intrusive as non-native birds and have not been considered to have caused significant harm to their new ecosystems. Some have even been found to be beneficial. However, problematic plants, much like problematic non-native birds, compete with native plants for resources. And when those native plants fail, that affects the wildlife dependent on them.

The Smithsonian published a list of some of the most invasive plant species and their native alternatives. I would recommend anyone doing a large garden or landscaping project to review the list and opt for the plants native to your area for the benefit of other plants, birds, and wildlife.

Unsurprisingly, kudzu makes just about every list of invasive plant species. I remember my grandmother pointing out large spaces covered with the vine when we would go on road trips. "Kudzu," she would say, and I would always respond with a "Gazuntite" (yes, even as a child, I enjoyed my corny jokes). I would later come to understand that the large green pillars I was seeing were trees overtaken and killed by this plant. Kudzu smothers native plants and grows at a rate of about 60 feet annually. Less than 70 years after it was introduced to the US as a means to reduce soil erosion in the 1870s, it was officially recognized as an invasive plant. 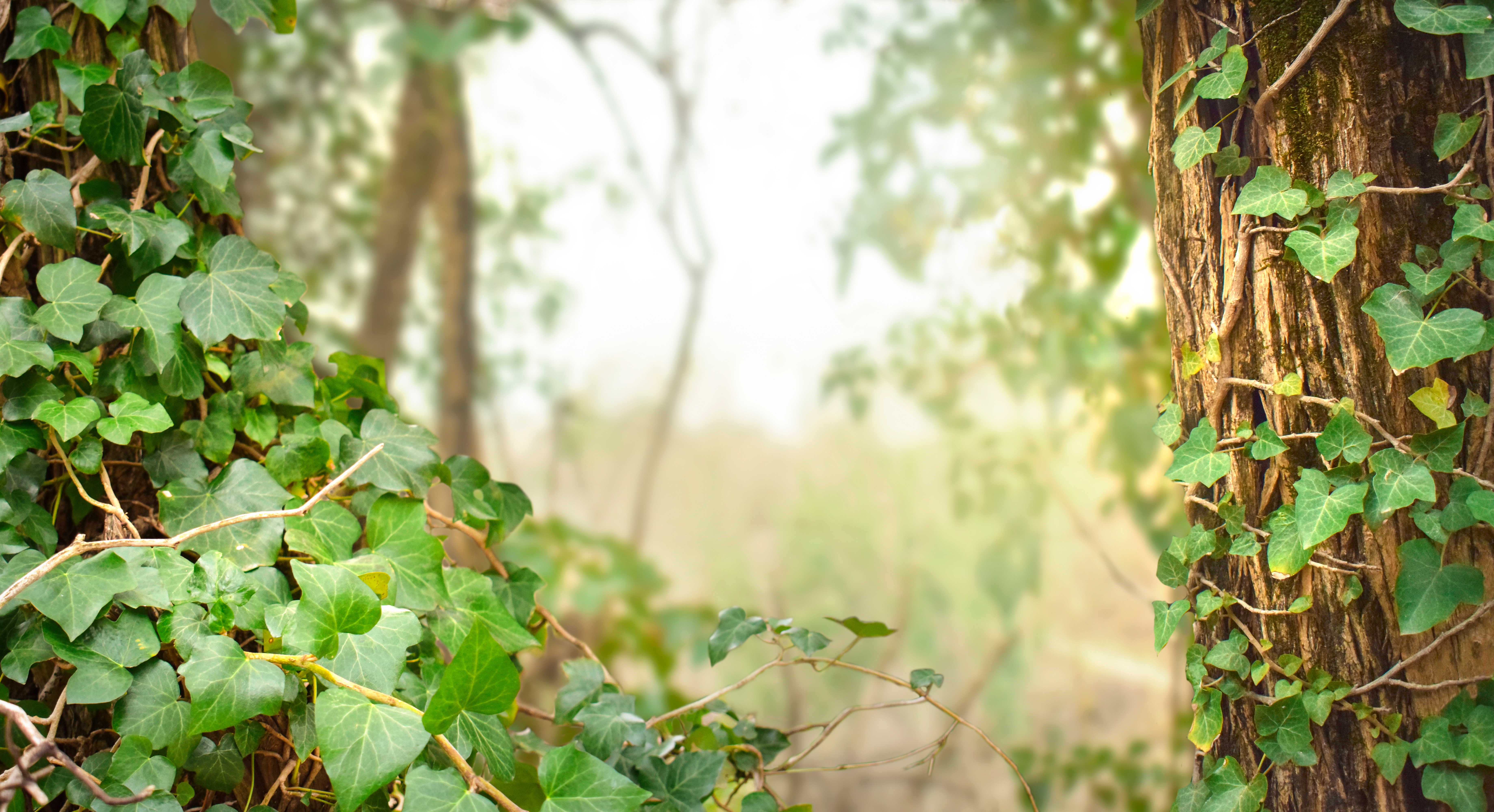 Similarly, English ivy can also kill native trees. It climbs up the trees and restricts light. It is also still bought and sold and planted in the US due to its ornamental qualities. European colonists brought the plant over as an easy-to-maintain, evergreen ground cover. English ivy became widespread due to birds consuming and spreading its seeds. It can thrive in a variety of climates. 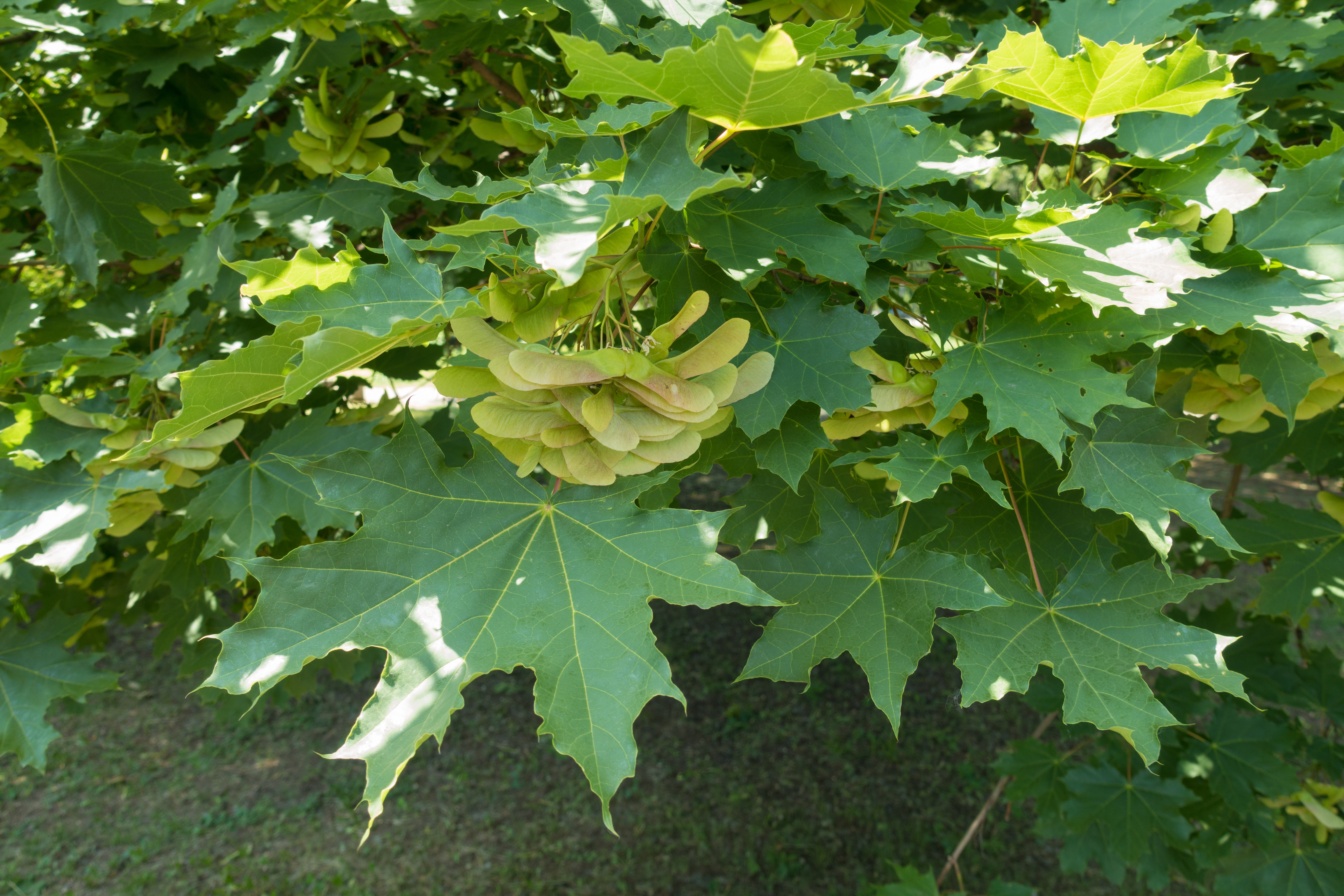 One of my favorite things to do as a kid was to watch the “helicopters” fall from the Norway maple trees that lined my neighborhood, picking them up, and playing with them. Norway maple trees were attractive due to their adaptability. While not inherently harmful, they have been planted in place of their native counterparts (which also produce the “helicopters” so kids everywhere can still enjoy their whirly paths from tree top to ground). 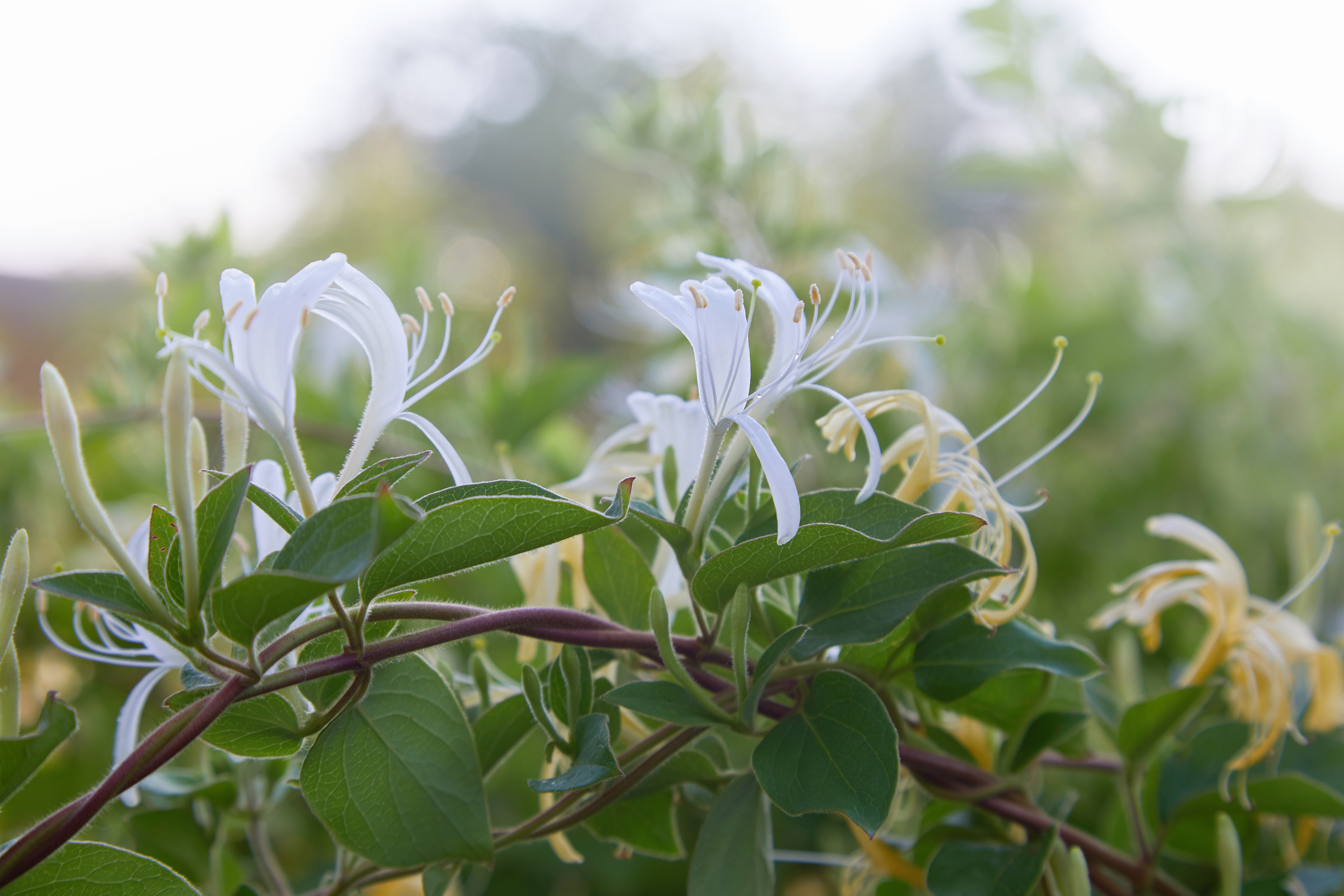 I can’t lie. I love the scent of Japanese honeysuckle. I always have. Unfortunately, it is an aggressive vine that smothers competing native plants. It has been in the US since the early 19th century, when it was introduced as an ornamental plant used for erosion control.

Fortunately, opting for native plants in your yard or garden over their invasive counterparts is relatively easy. I recommend finding a knowledgeable, well-stocked nursery who's workers can point you in the right direction.

While invasive species have been present in the US before it was even the US, it is still essential to allow native plants and birds to thrive. Taking action can be as simple as recording encounters with non-native birds to organizations such as Cornell University or your local Audubon Society or opting for native plants when gardening this spring. Every small act has an impact.