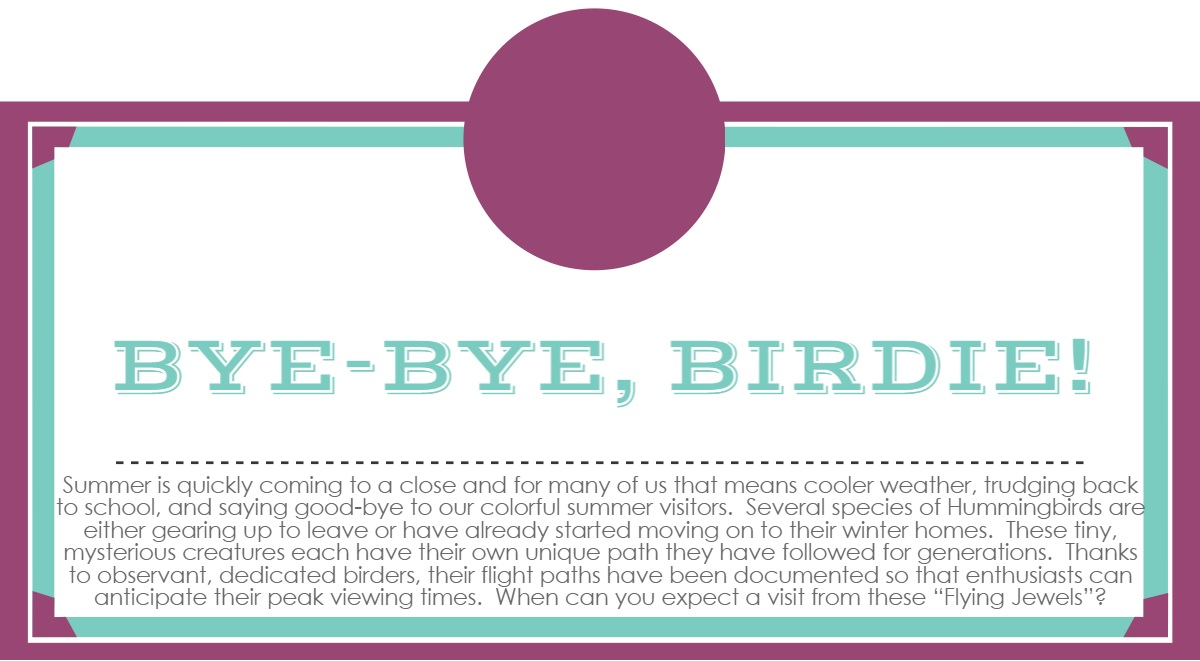 Broad-Tailed Hummingbird: Arrives in Western U.S. in late March to May to breed and then returns to Central Mexico and Guatemala in late September and October. 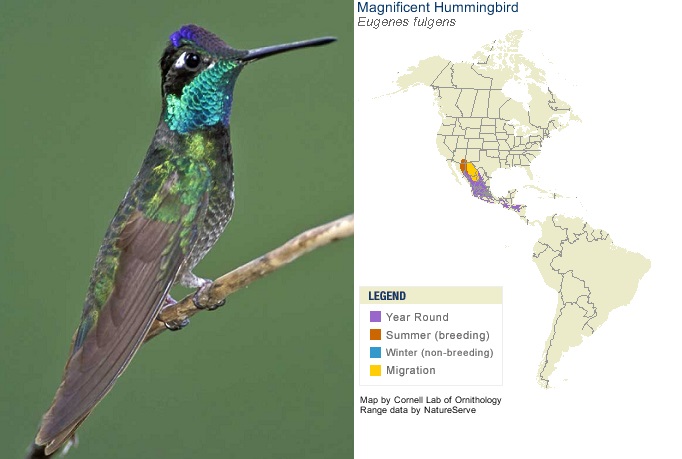 Magnificent Hummingbird: Breeds almost soley in Southeast Arizona and spends the rest of the year throughout Mexico and Central America.

Black-Chinned Hummingbird: Starts migrating from Western Mexico to the Southern U.S. in March, travelling as far north as British Columbia by May.  These birds do not immediately migrate after the breeding season, but take time to move to higher, mountainous regions in September.  They return to Mexico by November. 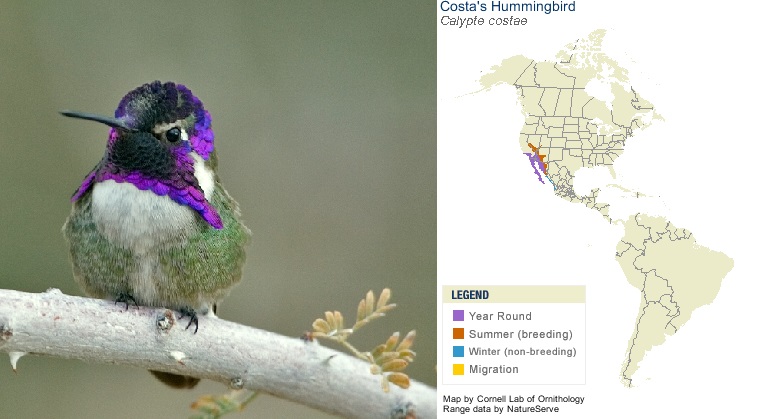 Costa's Hummingbird: Spends much of the year in Southwest California and breeds in the Southwest U.S. starting in earlyFebruary.  These birds have one of the shortest breeding seasons, heading further Southwest in May. 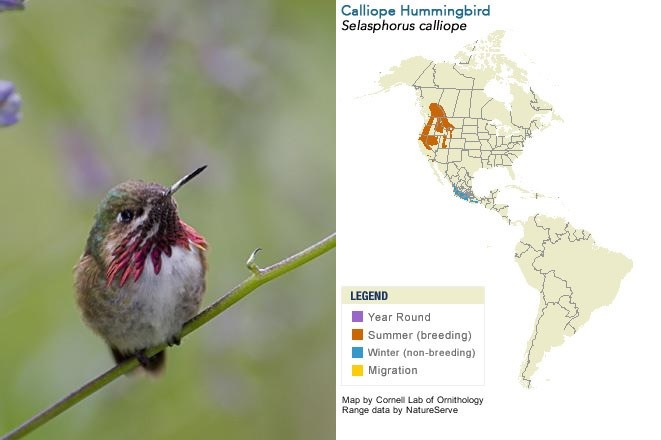 Calliope Hummingbird: Not a lot is known about this species migration pattern, but they have been spotted heading North as early as March.  Their summer breeding grounds stretch from California to Colorado, and as far North as British Columbia.  They start to head back to Western Mexico in August. 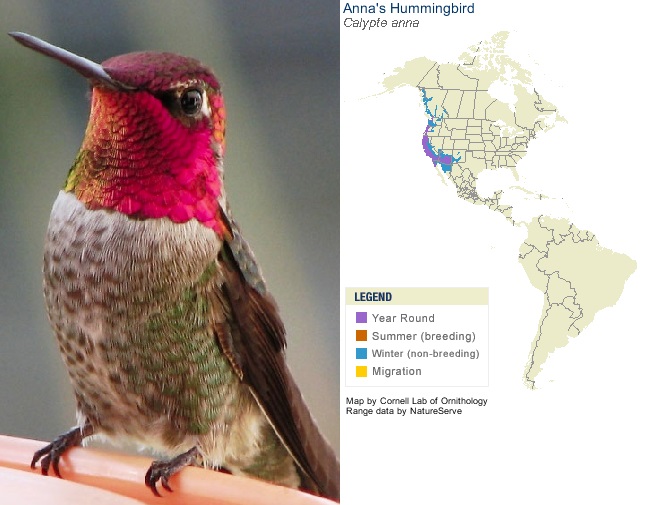 Anna's Hummingbird: Does not migrate, but may only travel short distances to find better food and breeding sites. They live year-round in the Western U.S, mostly along California's Pacific Coast. 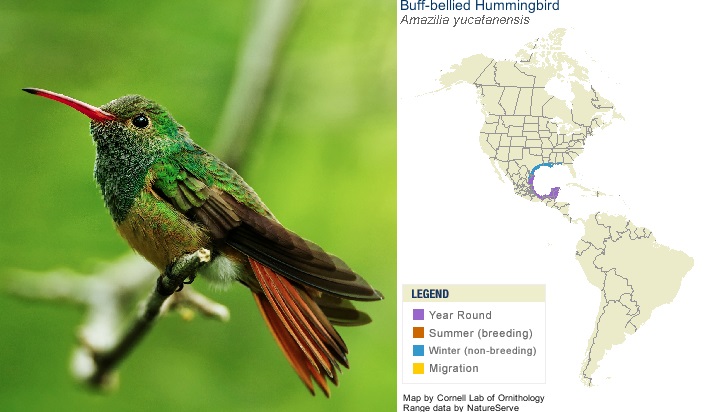 Buff-Bellied Hummingbird: Breeds near the Gulf of Mexico from Southern Texas to Mexico, and expands Northeast along the Gulf to spend the winter. 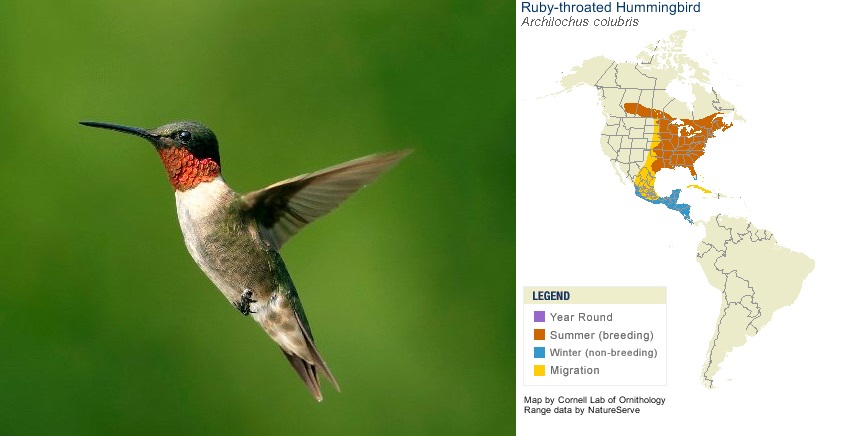 Ruby-Throated Hummingbird: Only hummingbird that breeds in the Eastern U.S. with the largest breeding range of any North American Hummingbird.  Most spend their winter in Central America and the Southern tip of Florida.  Some migrate across the Gulf of Mexico while others travel over land through the Mid-West for their winter homes.  They leave for their summer breeding grounds in February and start their return journey in September. 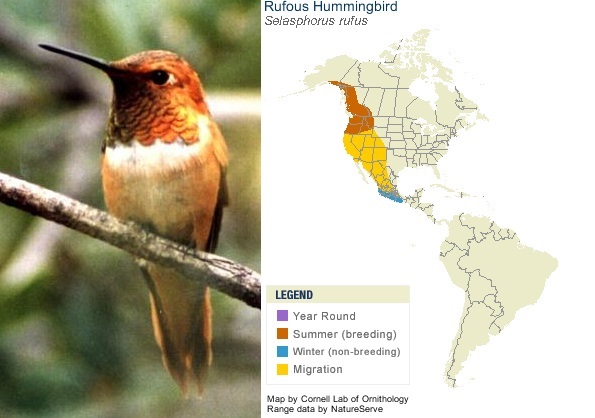 Rufous Hummingbird: Travels 4,000 miles from breeding grounds in Alaska and Northwest Canada to their winter site in Mexico.  This species migration pattern is clockwise-- moving up the Pacific Coast in spring and returning via the Rocky Mountains in late summer to fall.  Their fall migration starts as early as July.

As mentioned above, you should continue to feed your fine feathered friends as they return to their winter homes. Think of it like your favorite diner offering a free, hearty meal in the middle of a long road trip.

The graph below, taken from our Spring blog, compares common Hummingbird feeder styles.  Each has its own set of pros and cons-- which works best for you? 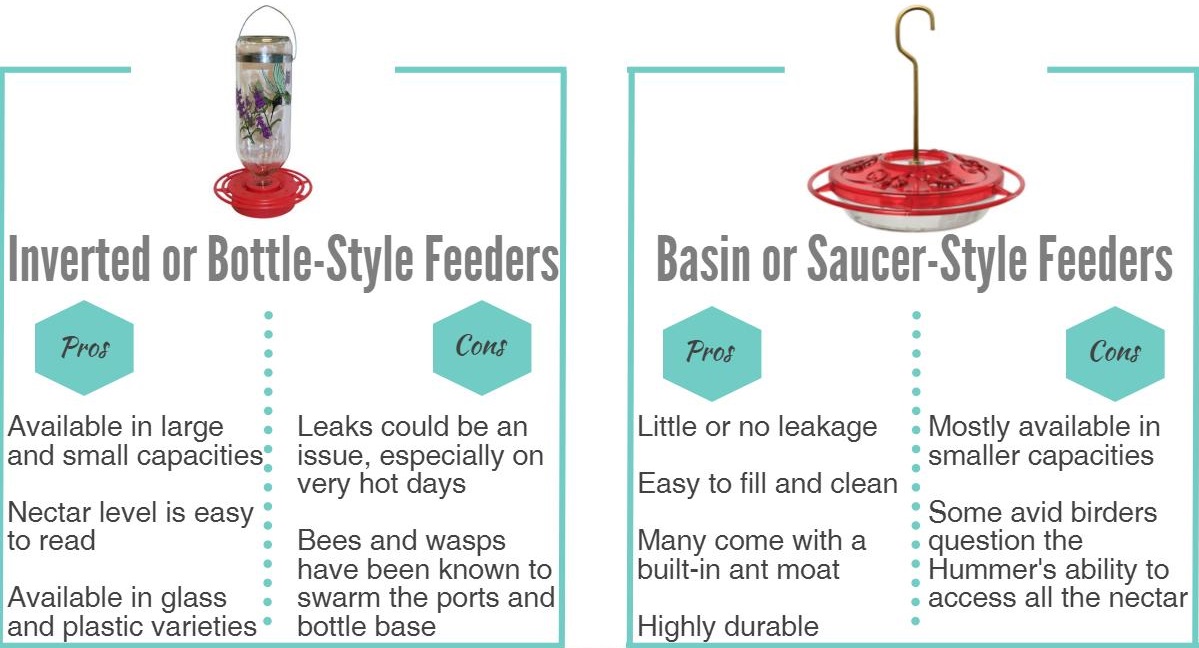